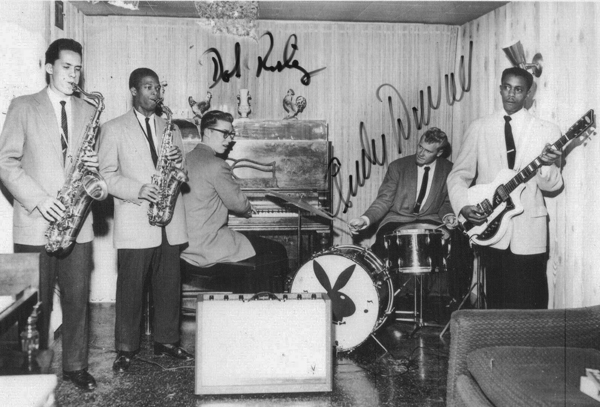 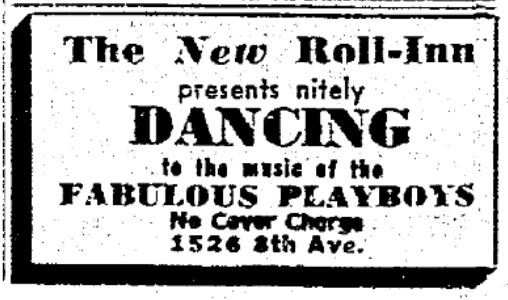 ALSO SEE:
HOLDEN. RON
ROSIE and RON
THUNDERBIRDS, THE (I)

"A lot of people, including Buck Ormsby and Kent Morrill of the Wailers gave credit to Ron Holden & the Playboys as the first band to perform [Louie Louie] in the Pacific Northwest, but according to Robert Risely and Andy Duvall, the Playboys were actually performing the song before Ron joined them. While they were the very first band to perform the song, they never released a recording of their version. There actually IS a recording of their version of the song, captured in 1960, but we’ll save that ... for the documentary."
Blog post published 10/27/17 on The Louie Report website (LouieLouie.net)

"In 1962 I was playing drums with the Playboys. We played at the Roll Inn Tavern. I only played with them for a few months, then went to the Drift Inn to play drums with Gerald Frank, and then to the House of Entertainment to play bass. Larry Coryell played with us at the H.O.E. when he wasn't busy with the Dynamics."
Jerry Heldman, November 2005 correspondence with pnwbands.com website, (courtesy of webmaster Sam Carlson)

"In 1958 I had a brief three or four month spot on guitar in the Playboys lineup. I was attending Seattle University at the time and living in Seattle on Capitol Hill. I do remember Ron Holden. He was a very nice person. We traveled on the bus together to go to practices. The band at that time was multi-racial...Filipino, Black, Caucasian. Fine folk and a wonderful experience. We played at Parker's, the Encore Ballroom and other local venues."
Norm Heutmaker, January 2015 correspondence with pnwbands.com website, (courtesy of webmaster Sam Carlson)

MISC NOTES: An acetate disc on the Listen label exists. 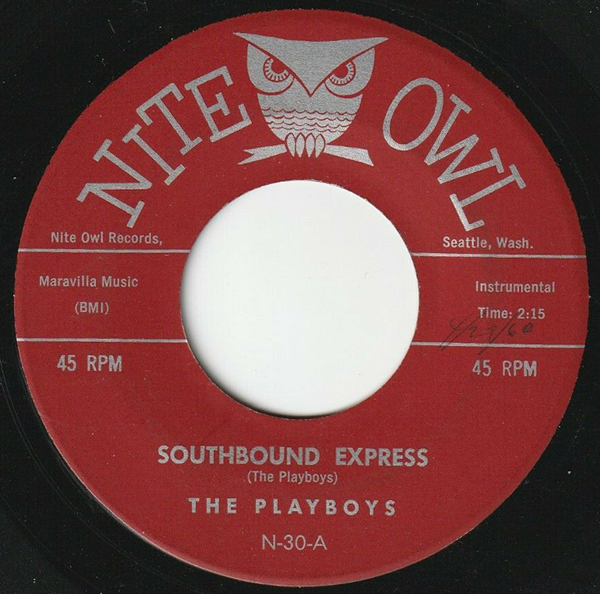 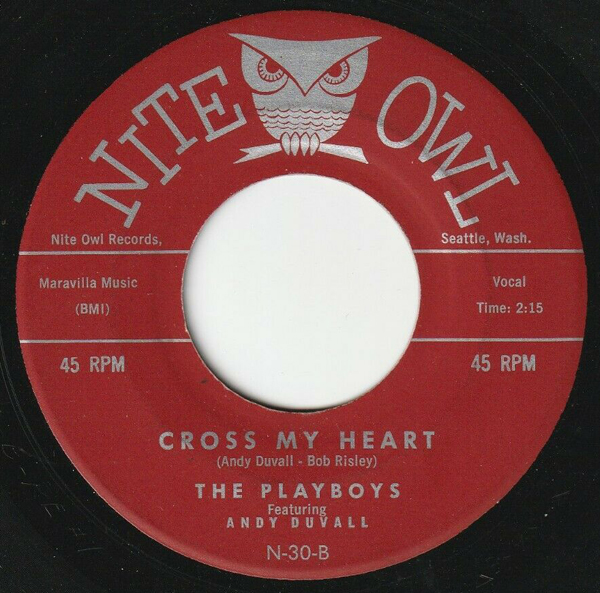