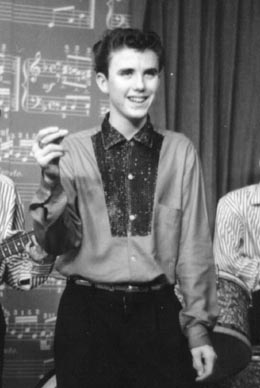 A founding father of Northwest rock 'n' roll, Tacoma's "Rockin' Robin" Roberts initially sang with that town's trailblazing 1950s white rhythm & blues combo, the Blue Notes. But in mid-1959 he was lured away by their crosstown rivals, the Wailers, who had mainly been known for their role in helping define the original Northwest rock sound, which consisted largely of instrumental tunes. His addition to their lineup proved to be a wise move: Roberts's energetic manner, riveting voice, and deep knowledge of R&B music all combined to make him as charismatic a front man as the Pacific Northwest would ever produce. Ever ambitious, Roberts was a key instigator in pushing his fellow band members to form their own record company, an unprecedented move for a teenaged group. Etiquette Records' debut release -- the earliest garage-rock version of "Louie Louie," and one that featured Roberts's electrifying vocals -- became a number one, region-wide radio hit in 1961 (and again in 1962), and can be credited with inspiring legions of later bands. Sadly, though, Roberts -- who more than any other individual embodied the frenetic spirit of the early Northwest rock scene -- would die far too young. [READ MORE...] 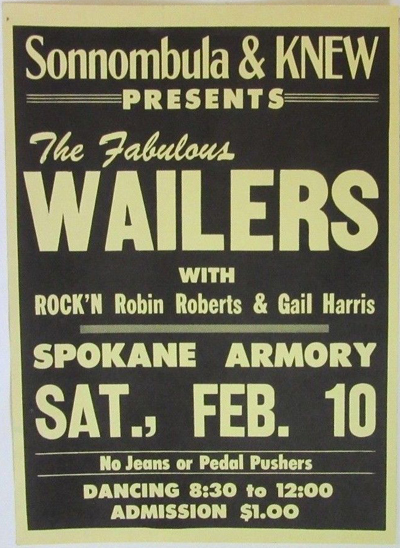 On December 22, 1967, Lawrence Fewell "Rockin' Robin" Roberts II (1940-1967) perishes from injuries he sustains as a passenger in a car crash on the Bayshore Freeway in San Mateo, California. Roberts is best remembered by fans of Northwest rock 'n' roll as the frenetic singer who in 1960 helps transform an obscure rhythm & blues song -- Los Angeles musician Richard Berry's 1957 ditty, "Louie Louie" -- into a garage-rock hit with his band, the Wailers. Although Roberts also will record other great tunes with the group (including "Since You Been Gone"), "Louie Louie" will prove to be his lasting claim to fame after it becomes a number one regional radio hit in 1961 and then again in 1962. In 1963, Portland's Kingsmen famously copy Roberts's version and score an international hit with "Louie Louie." [READ MORE...] 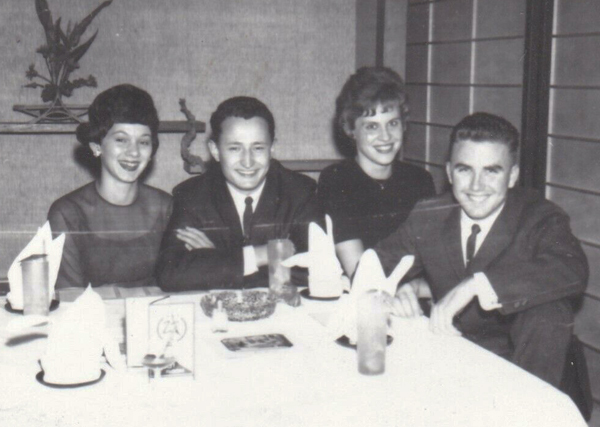 The Wailers' Kent Morrill and Robin Roberts  -- plus their dates -- at dinner on Prom Night 1962.

Side one, Track #4 on album The Fabulous Wailers At The Castle

"Since You Been Gone"
Etiquette
#ET-ALB-1

Side one, Track #5 on album The Fabulous Wailers At The Castle

MISC NOTES: Studio recording of  "Rosalie." Song originally issued only in "live" format on 1962  lp The Fabulous Wailers At The Castle (ET - ALB - 1)