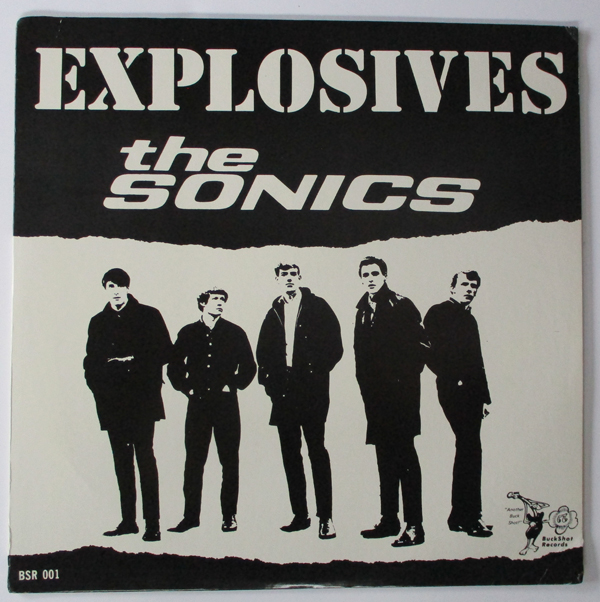 MISC NOTES: This 1973 album was compiled by Mark Shipper who also penned the liner notes. It was released at a time when two of the founders -- Buck Ormsby and Kent Morrill -- of the moribund Etiquette Records label were not seeing eye-to-eye regarding the current status and future of their old company. The Sonics' original Etiquette recordings had basically been out-of-print and unavailable for a half-decade, and the old Master Tapes were scattered and unaccounted for. It is thought that Shipper came to terms with Morrill regarding this album -- but they used new tape recordings of vintage vinyl pressings to produce this. Hence some needle-drop noises between songs. The name of Shipper's label -- BuckShot -- was also seen as a slight jab at Buck due to his reticence to cooperate with the project. In hindsight, the release of Explosives can be seen as the first step in a revival of outside interest in the Sonics.