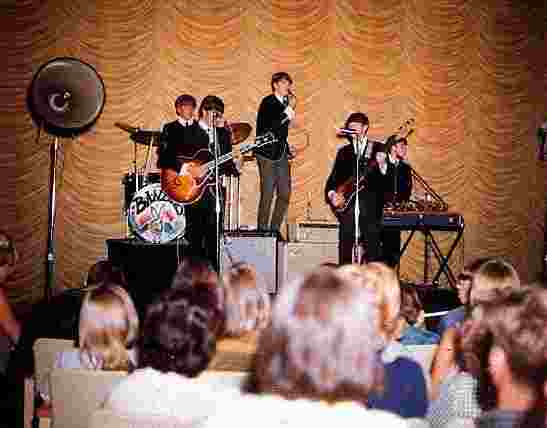 The Bandits live at the Battle of the Bands, Orpheum Theater, where the Westin Hotel now stands, summer of 1965 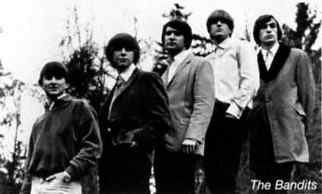 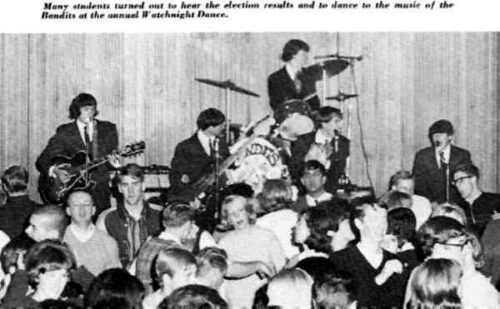 "John Simpson [drums] did some studio work in LA between his stints with Calliope and Bitteroot, and he played on an LP with a Texas group called United Gas in 1969. That LP came out in 1970 (label Metromedia) but with the name Christopher, as the label thought that United Gas sounded too much like Pacific Natural Gas (or similar, I can't remember exactly, but they were an important West Coast group.)
GearFab Records recently released a newly mastered version of the LP and evidently being bought by collectors as an overlooked gem of the period. I've got a copy and although I'm biased, I must say that it's exactly what they say, an overlooked gem."

"The late John Simpson of Mercer Island was the original, and long-serving, drummer for The Bandits. They won the KJR 'Battle of the Bands' at the old Orpheum Theater (where the Westin now stands) in 1965, thereby earning a recording contract with Jerden Records. They released, a Kearney Barton production as I recall, 'Little Sally Walker' with 'Tell Me' as the b-side during the Fall of 1965."

"I was in The Bandits starting in '62 with Gregg Bigsby, Bob Perry, Steve Heard, and John Simpson. We won the KJR first Battle of the Bands in Seattle, summer of '63. We played the roller rink circuit until '67. It was great fun for us. We were 15 at the beginning, and playing with established groups like The Dynamics, The Sonics, Paul Revere and The Raiders, The Kingsmen, The Viceroys, and The Wailers. It was a real thrill for us kids. Tom Dietz replaced Greg on bass, later Paul Burleson. John Simpson, who later drummed with Danny O'Keefe, died in an Alaskan plane crash."

"I remember playing many times at Normanna Hall [Tacoma]. We'd be upstairs in the cavernous wooden room that would boom bass in such a cool way. Downstairs was a veterans' hall with a swing band. They had a bass sax there--the only one I'd ever seen. A basketball would fit in the bell of that beauty! We played throughout high school, '64-'67. The place was always packed with well behaved kids dancing their shoes off!!!"

"Pat O’Day booked us to back Lou Christie during a big Seattle Center Arena show/dance. There were several bands on the show, Paul Revere among others, but as I remember Lou Christie was the headliner. Pat told us that we had to buy Lou's records and learn his hits so we could back him flawlessly. We were getting to add this gig to our resume and if we did a good job we might be getting an opportunity to add more backing gigs to our resume. Only one problem; we never bought any of Lou's crappy records because we didn't particularly like Lou's music and besides we had better things to spend our money on, if you know what I mean. To make a short story long, Lou showed up late to the gig because his flight from Honolulu was late arriving at Sea-Tac. He barely had enough time to slap on his stage makeup and put on his tux. Lucky for us the other four players in our band were actually musicians (I was just in the band to get girls). Lou's tunes seemed complicated with sound effects, girl backup singers, full orchestral arrangements, horns, strings, tympani...serious studio pop instrumentation. Lightning was really going to strike at our Monday morning meeting with Mr. O’Day. It may not have been as bad as I remember because we kept working for Pat but, never backed any recording artist again. Life was so complicated in those days. Unless my memory is failing me, the above is all true."

"Dave Hendricks of the Bandits stated above that my brother died in an Alaskan airplane crash. That is incorrect. He lived through the plane crash 300 feet from the top of Mt. Adolph, 30 minutes north of Juneau, Alaska, in the polar ice caps. He was only survivor, and only for so long... He tied a tourniquet around his dead little brother's leg that had a compound fracture (my twin). He went for help and fell down a crevice to his ultimate death despite his courage and bravery. The searchers said he must have been injured terribly in the crash too. He was just too strong and too amazing for anyone to grasp in my eyes!

"John Simpson played in the Juneau Symphony Orchestra in Juneau, Alaska, for numerous years after the Bandits/Calliope/Bitteroot bands ended. He also played with Bill Wentz in Juneau, among other bands. He died in August 1975.

"I did my best, but I never became the drummer he was. We made runner-up for best unsigned band in the United States in 1991 (Somebody's Daughter). He was just special, anybody who knew him probably saw that. I was a shadow of what he was... It's humbling to know how special your brothers are." 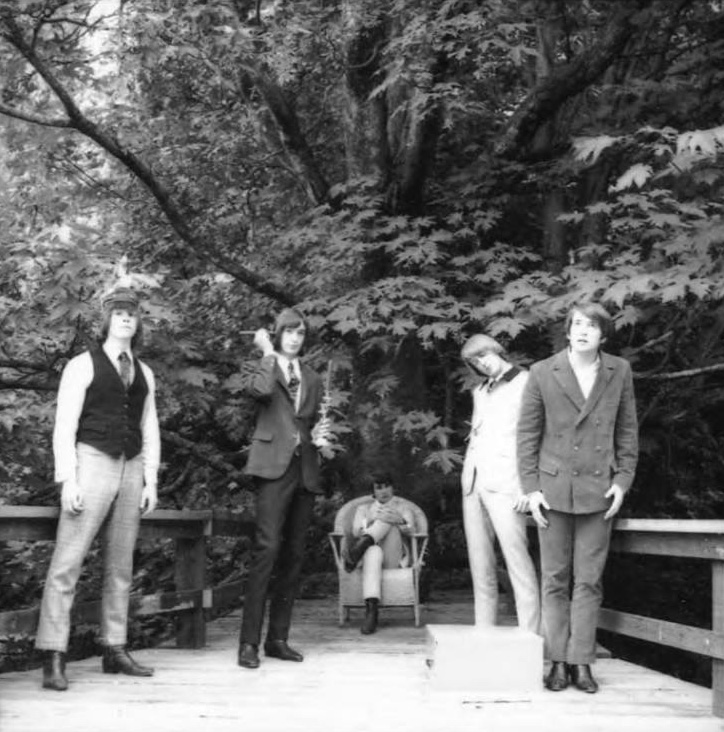