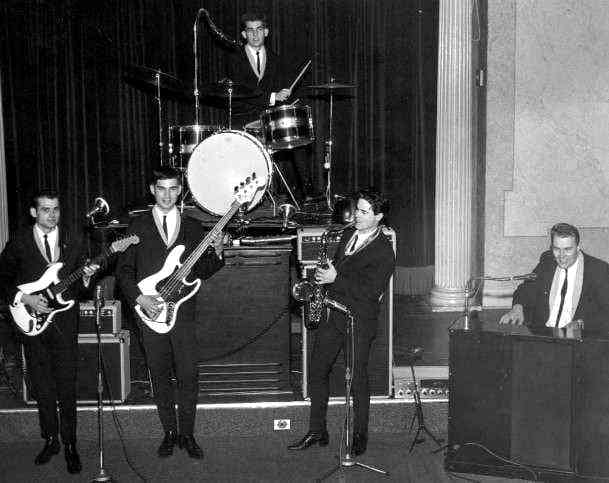 ABERDEEN, WASHINGTON’s radio station KXRO had been airing rock ‘n’ roll hits since 1956, but local teens had never before seen anything like the flashy eight-door Chrysler touring limo that delivered Fats Domino and his band curbside to Hoquiam’s roller-rick hangout, the Harborina. Rock ‘n’ roll had truly arrived that summer night in '58, and life in Grays Harbor County after that riotous show would never be quite the same. 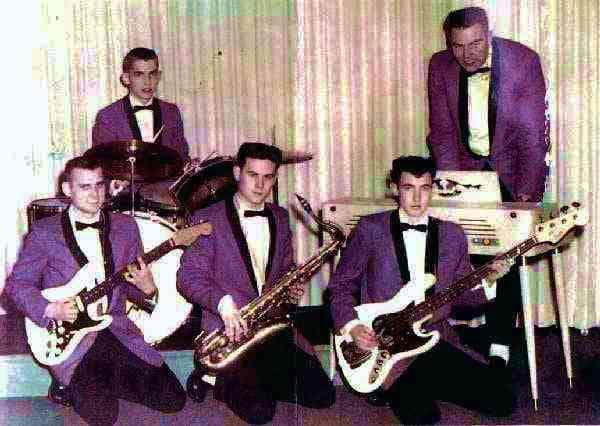 By midsummer the band made the smart move of adding former classmate Stan Foreman (keyboards), and as a radio DJ who spun discs on the weeknight late-shift at KBKW, he also began promoting their dance dates. By October Balderson drifted away and was replaced by Jim Wynans from Weatherwax High School over in nearby Aberdeen. Then in 1963 Biggs moved away, Russell quit to marry and raise a family, and Anderson left for Seattle and was replaced by Bob Leland.

Meanwhile, Foreman launched S&S promotions with his buddy Steve West, and as the Northwest teen-scene expanded they began booking regular dances at rooms including Hoquaim’s Vasa Hall, the Harborina, and the silver Seagull, along with Aberdeen’s Polish Hall. In addition, S&S also presented many grueling Battles of the Bands events at the Aberdeen Armory. Thus the Beachcombers were able to perform on split-bills with the prime Northwest bands: the Wailers, the Statics, the Viceroys, the Dynamics, the Furys, the Kingsmen, the Sonics, and Don & the Goodtimes – as well as Hoquiam’s other notable rockers, the Chessmen. 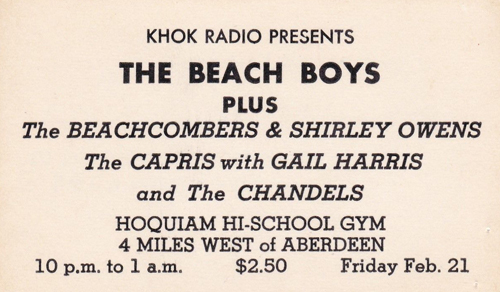 It was in March ’64 that S&S booked a coup of a show for Hoquiam High’s gymnasium. On the charts then with their early smash hit “Fun, Fun, Fun,” the Beach Boys flew in to headline a jam-packed SRO dance that also featured the Beachcombers and Aberdeen’s own Capris (with Gail Harris).

The Beachcombers returned to Audio to cut their second single, “Tossin’ and Turnin’” / “The Wheeley,” which Dennon released in July. Though this disc didn’t fare so well commercially, “The Wheeley” was a strong instrumental track in the biker/skateboard/ surfer realm. In mid-’65 the band entered Barton’s new Audio studio (on 5th Avenue) and recorded a vocal number, “All To Pieces” which betrayed a bit of evidence of influence by the Dave Clark 5. It was issued that August with “The Wheeley” making a welcome return appearance.

Soon after, the band met with near-tragedy. Cruising home from a late gig over at Lake Chelan, the boys crashed their Ford Econoline van down a steep embankment off Highway 18 near Auburn. Several members were hospitalized, and by morning the local radio and TV news crews were playing up the “Rock Band Rolls Over Cliff” angle in frequent bulletins. The wreck was serious and it merited front-page status on the local Sunday papers around the Grays Harbor area. The Beachcombers survived and discovered that after all this hoopla, their dances seemed to draw ever-larger crowds.

The band experienced another round of personnel changes in the summer of ’66 when Wynans split for college and Barry Belandi (ex-Capris/Bootmen) joined on. When Love exited, Steve Shure of Montesano, Washington’s psych-rockers, Smiling Castles, jumped in. The sands of time did finally catch up though and the Beachcombers finally dissolved in 1967. Most of these guys established careers outside of music, but West went on to serve for many years at the General Manager of Seattle’s rock radio giant, KISW. For his part Foreman carried on, playing during the early ‘70s in Mother Funk, running Aberdeen’s The Rocker tavern, and served as Northwest Promotions Manager for many years at Capitol Records.

[Note: This is an edited version of an essay that originally appeared in the “Northwest Music Archives” column of Seattle’s The Rocket magazine back in October, 1986.] 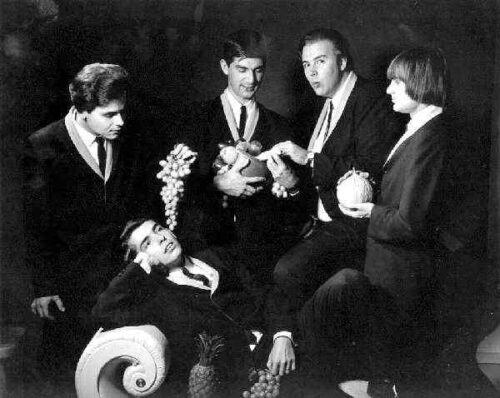 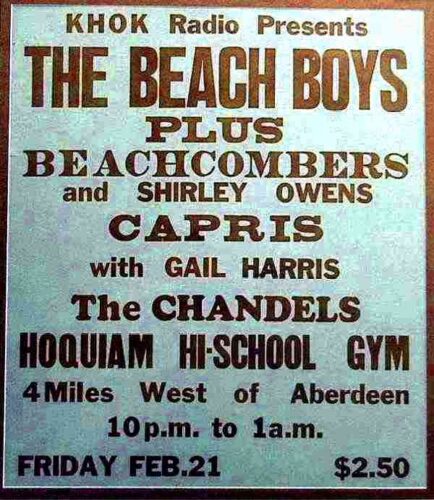 "All To Pieces" Album Reissues:
2001. Side One, track #6 on compilation lp Work It On OUT!  Liner notes tout this as an "alternate version" of the original recording. (Norton Records (NW 908).

Side One Track #6 compilation lp Work It On OUT!